Before I had children I prided myself in the fact that I was never tardy. I would show up at work, functions, and dinner parties on time or early.

Then I had a child.

Three and a half years later, I had another child.

Suddenly I found myself in the midst of “tardy land”. I was late all the time and the thought of it created much anxiety. I never used to be this way! Why would two children throw me off my punctuality game?

The more I deliberated over this anomaly the more it stressed me out. 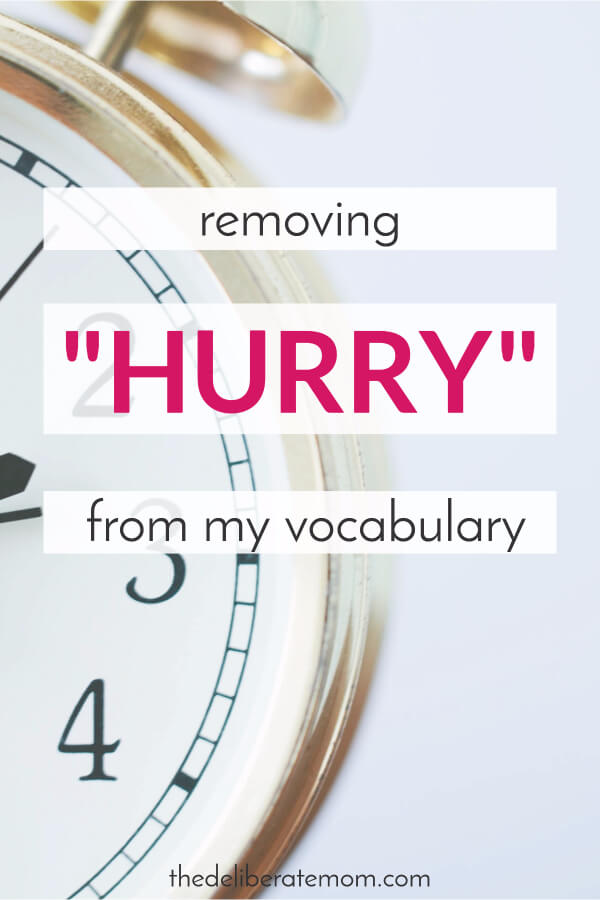 Photo by Sonja Langford on Unsplash

I found myself uttering this phrase repeatedly to my children. Did they care? No.

Frustration built as I began to rack up late slips for myself.

“You girls always make me late.”

This phrase is often followed by my 3-year-old flopping on the ground like a fish while her sister sits and laughs hysterically at the spectacle. To make matters worse, my oldest daughter often doesn’t have her coat, hat, or boots on either.

Yes, I find myself saying this too.

I hate these words as soon as they come out of my mouth. I want to get out of the house. We have a commitment. Why would I make a threat that I, myself, don’t want to follow through on?

Fortunately they often want to leave the house just as much as me. However, on one occasion they asserted they didn’t want to go anywhere. I followed through with my threat and we stayed home. I was miserable all afternoon.

“No, no, no,” the girls scream in unison as they both scramble around bumping into each other and grabbing at each other’s articles of clothing. I swear if I could mute them and dub over some silent film piano music, it would be a comical scene.

However, in the midst of moments like these, I can’t laugh.

The anxiety climbs and I’m ready to cry.

Often getting to the car is another ordeal. Since we live in a townhouse we have to walk to the main parking lot to get to our car. The distractions along the way are unnerving.

They spot the same old neighbourhood cat but on the days we’re running late they have to stop and pet it or talk to it. It’s the same cat we see EVERY-SINGLE-DAY! Why do you have to give it so much attention today? I want to yell this at them but I have some control, so I just storm ahead to the car, calling over my shoulder, “Hurry girls! We’re late!”

Then there’s the distractions of pebbles, pine cones, and puddles… it’s the magic formula for a preschooler and a nightmare for a mom who’s running behind schedule. Then there’s frost on the windows of the car and my children just have to carve a masterpiece into the icy medium. I normally don’t mind but on a day that we’re late I start barking at them to stop drawing and get into the car.

I will stop here and say I’ve reflected on these situations and though I’m embarrassed to admit my shortcomings, I’m beyond the point of self-condemnation. After seven years of parenting I’ve concluded that I’m far from perfect, I will never be perfect, and most days I’m striving to be just enough.

I will never be perfect and most days, I'm striving to be just enough. #parenting Click To Tweet

However, being the deliberate mom that I am, I realize that something has to change.

That something is me.

I’m the one who sets the schedule.

I’m the one who times out the itinerary.

I know my children well and they are dawdlers. It’s my fault for not taking the time to teach them the importance of punctuality. Unfortunately, I’ve gotten into the habit of using their dawdling as an excuse for my own poor behaviour. I check my email one last time, I add one more coat of lipstick, or I begin to gather things which I should have packed hours earlier.

There was something else that I realized had to change and that’s my words.

As I type that word a shiver crawls up my spine. I’ve raised my children in an unhurried world. We homeschool, we explore things at our own pace, and we soak up the world around us. Yet somehow, I allowed that horrible word creep into my vocabulary.

If there’s one thing I want my children to feel is peaceful. I want them to know their home and their family as peaceful people. “Hurry” is robbing them of that peace.

Hurry means a mom who is barking orders, nagging them, and reprimanding them.

Hurry means a mom who’s telling them to stop enjoying moments and blow past the whimsy of childhood without any regard.

I’m making a change. I will be more thoughtful in my preparations to leave the house and I will remove the word ‘hurry’ from my vocabulary. My approach for teaching punctuality to my children needs intentional consideration and gentle direction.  It won’t be easy and it might mean we’ll be late on several occasions. However, I’ve decided that I would much rather be late than to bruise my children’s self-esteem.