No Wheat! Can Eating Wheat Affect a Child’s Behaviour?

“Leave me alone!” she screamed at the top of her lungs. I walked away from her but she followed me and continued to scream, “Get back here,” she grabbed onto my arm and pulled on it… “I said, get back here!”

I wiggled out of her grasp and locked myself in the bathroom while telling her that I needed to go pee. She pounded on the locked door, demanding that I open it.

She has been screaming and flailing and yelling nonsense at me for over an hour. While she’s having these fits, her eyes glaze over and there’s no way of talking to her or getting through to her. I felt broken. 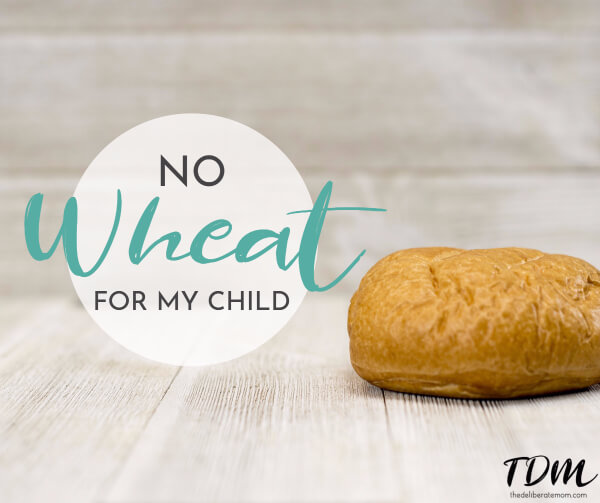 I wracked my brain and finally had an epiphany.

That evening I told my husband my observations; within an hour of my daughter eating wheat, she would have a temper tantrum.

Over a month ago she had a series of allergy tests and the doctor indicated she appeared to have an allergy to wheat. We hadn’t noticed any rashes or diarrhea, so he said to continue to feed it to her and not to worry about it.

However, over a month later, I was beginning to think that maybe an allergic reaction could manifest itself in the way a child behaves.

I “Googled” wheat allergy and child behaviour. I was stunned by how many links I found which indicated that wheat allergies can lead to tantrums and behavioural issues in young children.

That was all we needed.

My husband and I decided to eliminate wheat for two months and see if there were any changes in my daughter’s behaviour.

Within a couple days, our sweet little girl returned. No more epic temper tantrums. No more screaming and yelling. It’s been over six months since we made these dietary changes and our daughter is once again the happy child we knew. She has an occasional fit… that’s typical to see in children… the difference is, the fit is short and we can at least talk her through it.

Over two weeks ago, I started reading the book Wheat Belly

So, I have joined my daughter and I have eliminated wheat from my diet as well. I am not doing gluten-free cooking… just wheat-free. It’s been two weeks and the biggest change I’ve noticed is how well I’ve been sleeping at night. It’s a deep, heavy sleep. A type of sleep I don’t recall having for years! I have also noticed that I never feel “sickeningly full” after eating.

I want to live completely wheat-free for at least eight weeks and see how much of an impact that this “diet” has on my overall health and well-being. In the meantime, I’ve found the motivation to create delicious wheat-free foods for the entire family to enjoy.