I Want to Quit Blogging

Have you ever wanted to quit blogging? There’s no denying it, running a blog is loads of work. If there was a big red button that I could push which would delete my blog, this past week I would have pushed it… repeatedly. 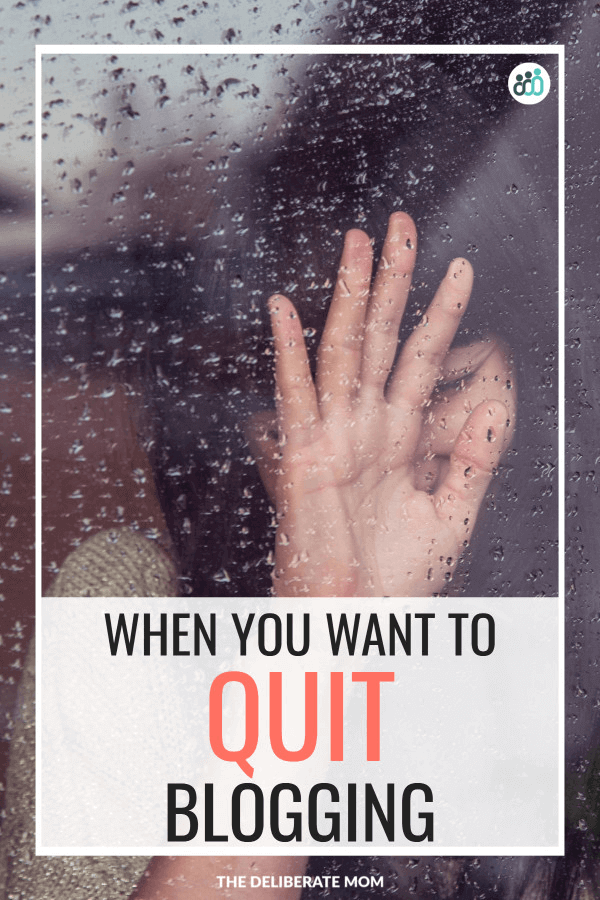 This is a rant… an all-out, sick of everything, stomping my feet, temper tantrum rant because sometimes we have to throw a fit.

This week I discovered one of my Huffington Post articles was scraped and posted on another website. The entire article was copied word-for-word!

I messaged this site and asked them to remove it.

The response I received back was less than favorable:

She credited me – so it’s not stealing.

Thankfully I had this post from Jennifer Oradat on Beyond Your Blog to reference as I went through the process to get my content removed.

I filed a Digital Millennium Copyright Act (DMCA) takedown notice with their webhosting company. The response, once again, was less than favorable.

She reduced the post to two sentences with a “read more” link. She would also like to offer me free advertising on the post to make amends.

No. This is still unacceptable to me. Here’s the thing friends, when searching that post title in Google, the Huffington Post article shows up and pages later, my original post shows… pages after her scraped content.

I admit it, I suck at SEO (you won’t find me writing advice about SEO on here). I don’t have the time, energy, or money to fix my SEO, so I’m limited with what I can do.

That aside, I asked her to do the honorable thing and remove the post. I’m still awaiting her response.

However, copyright laws state that the way she has now shared the article is perfectly acceptable. Case closed.

The fight is knocked out of me.

Blogging is a lot of work… especially if you’re trying to make an income from it.

The easy part is the writing but as you all know, there’s so much more to it:

* I write a weekly newsletter

* I curate pinnable images (I mean look at this post – did I have to create a graphic? What’s wrong with me?!)

I’m tired. In fact, I think I’m border-line burned out. So I’m going to listen to some of my previous advice and take a break.

I don’t know for how long. A week or two or three? Whatever it takes to build up my energy and self-esteem.

I know this break isn’t for good. I love blogging. I love connecting. I love writing. I’m going to do lots of writing while I’m on this break… but instead of doing it in front of a screen, I’ll be using a pen and paper.

So, I’ve kept my hand off of the red button and instead I’ll take a break. I look forward to connecting with you when I get back.