Fabulous Ideas for How to Use Alphabet Borders

Alphabet strips. As soon as I started homeschooling, I bought a pack of these.

I hung one up over my daughter’s desk and another one in the kitchen. With eleven strips per pack, I began to wonder what I could do with the remaining nine pieces.

I didn’t want to store a whole pack of alphabet strips, so I let my imagination take over. Before I knew it, I had a whole bunch of ideas!

Do you have extra alphabet borders? Check out all these way you can use them! #teaching #hs Click To Tweet

Use two letter strips. Cut each of the letters and make a memory game out of it.

Instead of purchasing a set of magnetic letters, why not make your own?! 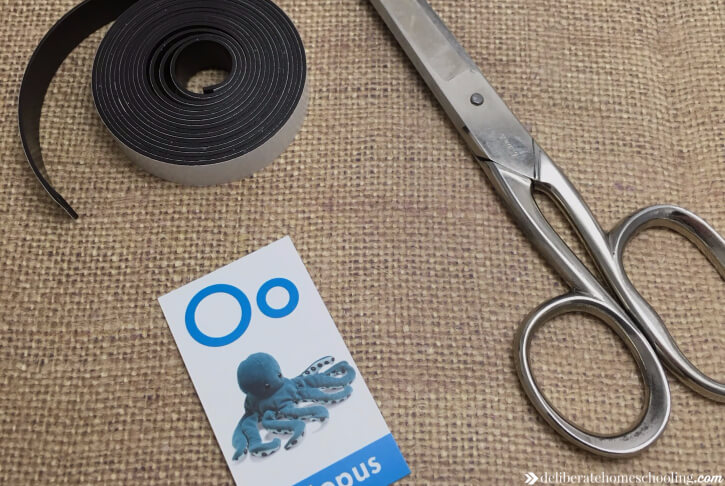 Cut the letters and hide around a room. Have the children find all the letters. I like to give my children a clipboard with a chart of the alphabet, that way as they find each letter, they can check it off of their list. A handy chart of alphabet letters can be found in my subscriber library.

Glue a letter on an index card and allow your child to decorate it. Hole punch the top corner and use a piece of string or a binder ring to hold them together. This makes for a handy reference when a child wants to know what a letter looks like.

Place a letter beside a tray of salt and allow children to write the letter using their finger, in the salt. 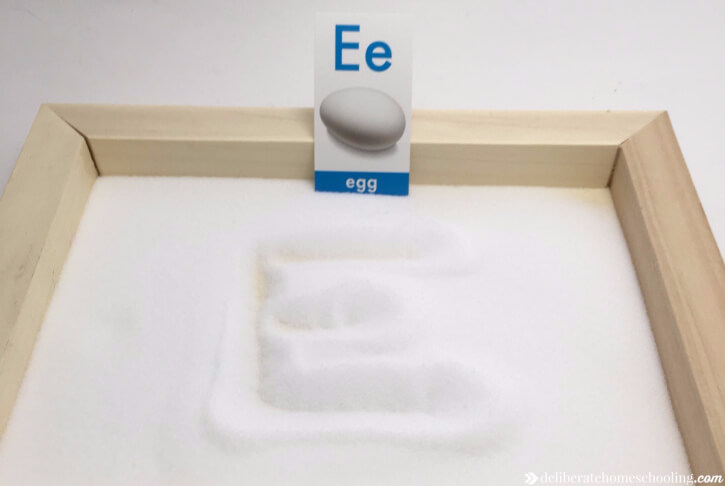 Use two letter strips for this activity. Cut out the letters and use them for a “Go fish” game.

Use two sets of letters. You can cut two strips OR you can use one strip with a different set of letters. I love my wood letters which I made out of precut wood rounds and stickers.

The child matches the letters. 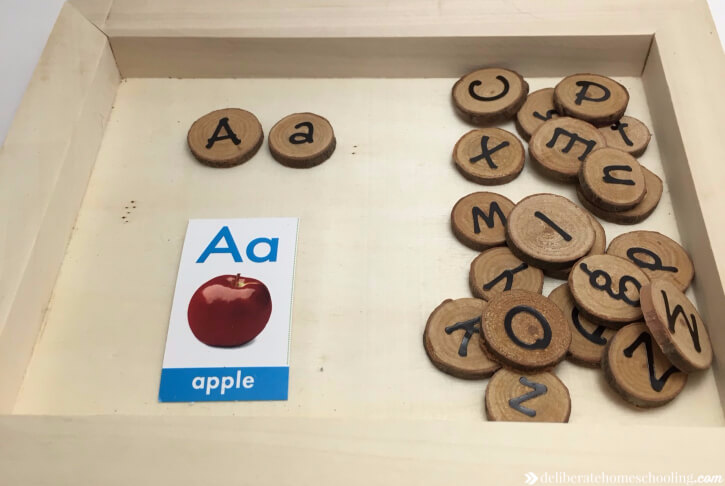 Have words written on flashcards. The child uses the cut letters to “spell” the word.

Use the cut out letters and pictures in art projects and collages!

By the way, I’ve had lots of people ask me in the past about my wood trays. They’re actually not trays! SURPRISE! They are wood canvas (used often for folk art). I just flip them over and use as play/learning trays! Neat right?!

Isn’t it fun to think of ways to repurpose materials?!

Do you have any other ideas for how to use letter strips? Please tell me about it and then share this post with your homeschool communities!